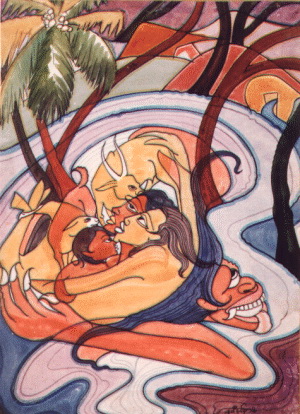 The man who dotes on his children and his herds of cattle, whose mind longs for and is attached to sensual pleasures, is carried away by Death even as a sleeping village is swept away by a great flood. [287]

Kisa Gotami had come to the Buddha as she was stricken with grief due to the death of her only son. The Buddha said, 'Kisa Gotami, do you think you are the only one who has lost a son? Death comes to all beings. Before their desires are satiated, death takes them away.' She was consoled by the Buddha's advice.