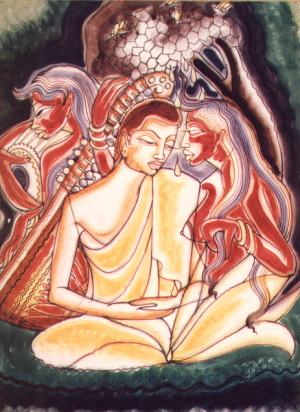 HE WHO GUARDS HIS SENSES IS RELEASED FROM SORROW

XXV:01 Bhikkhus should control their senses

Once, there were five bhikkhus in Savatthi. Each of them practised restraint of just one out of the five senses and each of them claimed that what he was practising was the most difficult, and they could not come to an agreement. Finally, they reported their disagreements to the Buddha who told them, 'Each of the senses is just as difficult to control as the others, but the bhikkhu who controls all the five senses will escape from suffering.'