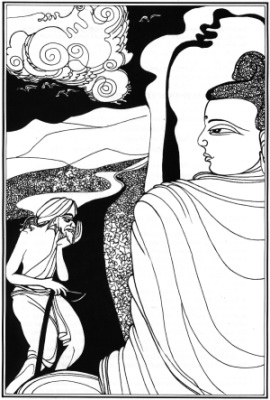 BE MODERATE IN EATING

The foolish one, who is lazy, gluttonous, and sleepy, who just wallows like a well-fed pig, is subject to repeated rebirths. [325]

XXIII: 04 On moderation in eating

One day, King Pasenadi of Kosala went to the Jetavana monastery to pay homage to the Buddha soon after having had a heavy meal. While he was in his presence, the king felt so drowsy that he kept nodding and could hardly keep himself awake. Then he said, 'Venerable Sir! I have been in great discomfort since I had a heavy meal!' The Buddha replied, 'Yes, O King, overeating creates discomfort.'

On the advice of the Enlightened One, the king gradually lessened the amount of food he took. As a result, he became much more active and alert and happy.