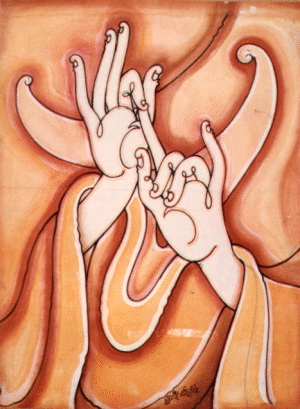 ASSOCIATE WITH THE WISE WHO TRY TO CORRECT YOU

One should follow a wise man who admonishes one for one's faults; as one would follow a guide to some buried treasure. To one who follows such a wise man, it will be an advantage and not a disadvantage.

Radha was a poor brahmin who stayed in the monastery doing odd jobs (like cutting the grass and sweeping the cells) for the bhikkhus. The bhikkhus treated him kindly but were not willing to admit him to the Holy Order, although he had a strong desire to become a bhikkhu.

One day, early in the morning, the Buddha saw the poor old brahmin and knew that he was ready to attain Arahanthood. The old man reported to the Buddha that the bhikkhus did not want him to join the Order. The Buddha therefore called all the bhikkhus and asked them, 'Is there any bhikkhu here who recollects any good turn done to him by this old man?' To this question, the Venerable Sariputta replied, 'Venerable Sir, I do recollect an instance when this old man offered me some rice.' 'If that be so,' the Buddha said, 'shouldn't you help your benefactor get liberated from worldly suffering?' Then Sariputta agreed to make the old man a bhikkhu and he was duly admitted to the Order. Sariputta guided the old bhikkhu who strictly followed his guidance. Within a few days, the old bhikkhu attained Arahanthood.

When the Buddha next came to see the bhikkhus, they reported to him how strictly the old bhikkhu had followed the guidance of Sariputta. To them, the Buddha replied that a bhikkhu should be attentive to guidance like Radha and should not resent it when rebuked for any fault or failing.